Right now, people who are refinancing their houses almost always opt for a fixed rate mortgages — 95% of refinances, according to Freddie Mac. The reason for this isbecause homeowners are increasingly conservative in the wake of the financial collapse, but it’s also because interest rates are among their lowest in 50 years. This means a fixed-rate loan is an easy choice for a borrower to make.

However, is a fixed-rate loan really the best choice for you? So, before you decide which property to go with…

Here is what you need to know about fixed vs. variable mortgages:

Also keep in mind, you can always contact a mortgage broker for professional advice: http://www.saskmortgages.ca/contact/

Any real estate agent will tell you, people only tend to stay in a given property for about 7 years. However, if you’re buying a property, you intend to keep in the long term, hence a fixed mortgage is the way to go. It just so happens that rates are extremely low right now, going by historical standards, which means that you’ll benefit long-term by locking in current rates today.

2. Variable Rate Mortgages Can Be Great For Short-Term Owners

The fixed and variable mortgage question becomes more important if you’re planning to move out, relocate, or flip the house after a few years. Here, there’s no point to paying a premium on the loan in order to lock in your mortgage rate for 15 or 30 years if you’ll only own the place for five years.

In this case, the substantial discount you get on a variable mortgage can be more than worth it. Since variable mortgages generally have a fixed-rate period for the first 3-10 years of the loan, you get the benefits of the fixed rate for the full duration of the time you own the property.

Generally variable rate mortgages offer a substantially lower interest rate, usually a full percentage point less on a 5 year variable mortgage compared with a 30 year fixed mortgage, because the lender doesn’t have to factor in the additional risk of being stuck with a fixed rate loan when rates rise. However, if you’re planning on being a short term owner, the initial fixed-rate period can be more than long enough.

3. Here’s Why Variable Mortgages Have a Bad Reputation

Variable mortgages got a bad reputation during the subprime crisis because lenders and borrowers used them in very risky ways. They became so-called exotics, providing low payments initially and then increasing dramatically when the loan started to reset (unless they were refinanced). This system worked fine while home values were going up, but once values started falling borrowers weren’t able to refinance and found themselves stuck with the higher payments.

These days exotic mortgages are largely extinct. Rates are capped and limited, so most of the risk associated with the old-style variable mortgages doesn’t exist anymore.

If nothing else, you can always get in touch with someone at Sask Mortgages. 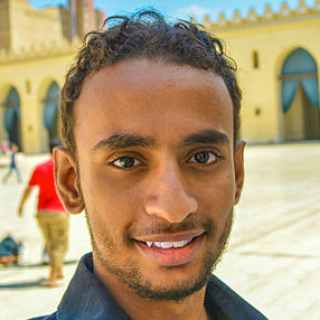 My day job as a glorified copy writer is coming to an end as I'm now working as a systems analyst and data recovery tech. After almost a year of working two jobs I'm about ready to move on and start my own business in publishing. If you have any short stories or article you would like to co-author on Ghostroadpress please contact me.